The Music Business is Dead: Long Live the Music

The Old Industry was a Parasite

The music business isn’t dying it’s dead. Before we all start hollering about what that means and who’s fault it is it is worth thinking first about what the words music industry or music business mean. We conflate the terms music and record a lot and “Record Industry” would probably be a better way to think about the industry.

Music is something artistic, ephemeral and yet eternal. It moves you, it excites you and encourages you. A record, a cd, an MP3 is just a thing, a widget, a product to sell in slick packaging. There is a vast difference here. Records (or CDs) are a physical product and the point was not to sell music or promote art instead it is to sell the physical product. Albini wrote in his seminal article,

As Steve Albini wrote in his article “The Problem with the Music Business,” the record industry is in business not to promote music or art but to sell records. In the process of doing so the artist or band is treated as a disposable commodity in order to sell the product. The product is not the music or the artist the product is a physical disc it doesn’t matter what’s on it. The band is the last person to get paid under this system: everyone else gets a cut before the band.

The best way to illustrate this is with another from a quote from Albini:

“It’s as if your boss, instead of giving your paycheck to you, could pay that money to his friends and business associates, invoking your name as he did. Since his net cost was the same and his friends and associates could return the favour, why would he ever want to let any of that money end up in your hands?”

The problem with the music industry, that essentially the old model is parasitic and exists to exploit the musician. In his article he breaks down the earnings of the artists and the traditional recording contract and how devastating it can be for the artist. Albini gives a  typical example, in which he estimates that a new band nets the industry 3.5 million while each band member takes home only 4,000 for all their work over the better part of a year. It is worth being savy on these numbers, even if this article is 20 years old. Major record labels are now more controlling than they were 20 years ago so watch out.

But if it is really this bad then the industry must surely be strangling itself. Well…yes and it has really failed to adapt to the smaller scenes and digital content that exists. This why even to this day major labels are in a panic. They still don’t understand how to adapt to the new economy. This chart below shows how much the industry has changed since the advent of digital music distribution. Some of you may not even remember that CDs where ever a thing.

Live concerts and digital streaming account for over 73% of music revenue and downloads contribute another 10%.

What does this mean? Well the “industry” per se isn’t dead. In fact music itself is making a comeback. But the old way of doing things is dying. It may not be dead yet, but I believe this is the time to push independent music more than ever because there are so many possibilities. Even though streaming certainly has its issues, but I do not entirely adhere to the idea that it is killing music as an art form.  The ability use things like ProTools and Logic from your own home is changing the game.

The ability to circumvent the hands of the record executives has allowed a rise in DIY artists.

Now more than ever the ease of access to recording software and ease of distribution has made it possible for players to go from Bedroom guitarist to international Sensation. Plini (a former architect who recorded in his bedroom in his spare time) has gained international recognition for his work. While based in Australia the wonders of technology allow him to distribute world wide direct to the people who are excited about his music.

Besides, Plini, Musicians like Yvette Young, and Sithu Aye are examples of artists who do nearly everything on their own from recording to producing. Kyle Schaefer, guitarist behind the band Archeologist, is yet another example of this type of musician.  I have spoken with all of these artists about their process. What is common with all of them is something far more organic in growing, writing and playing the music. Admittedly all three of these musicians have come out of a variety of different backgrounds and do other things to make money, some work normal 9-5 jobs, Sithu Aye did until recently, and Kyle Schaeffer still does, while Yvette Young, paints, teaches art and plays piano and guitar in a number of capacities. All of these artists have extensively used the internet as a means to launch their music.

Even if Spotify is not the perfect answer, as the rates for artists in streaming is minimal usually less than a penny per stream, there are more avenues and routes for bands to get noticed and make money. Admittedly it is not easy. But in the long run there is so much more music out there.  Other channels include obvious ones like youtube, but less obvious would venues like Twitch. Known for online gaming Silversound Guitar’s co-founder Mark Young has managed to find an audience and success with his band Delvr.

The point is that all of these artists are making it work. They are finding a way to get their music out there play venues and work their asses off to produce good stuff. You might not have heard of any of these people but that just means the amount of good music being produced out there is so vast. The biggest thing is then working to get people aware of the music. The new model is to get people to shows and shows are the hub of an artistic scene.

The nature of the new model means that there is more room for small venues (real and digital)  to grow and promote local music. The key to this is realizing that everybody benefits when the artists also make money. As long as the venues are able to charge a nominal fee and make a profit and they can also pay the bands/artists it only grows the local creative scene. When looking at a local level, music is just the starting point of a wider artistic community because the musicians also attract filmmakers because films need music and musicians need music videos.

I believe we are witnessing the democratization of the music industry. We are in the midst of a revolution. The artists are overthrowing the tyrants and starting create a new government for themselves. But the power is now in the artists hands and we can remake the whole industry and create a new system that benefits the artist and the audience cutting out the middleman. In the meantime we need to support artists and realize that art should not be free or disposable because when we treat it that way it will be gone. 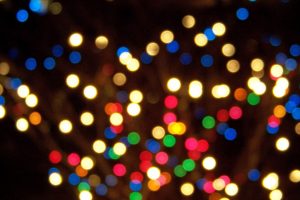 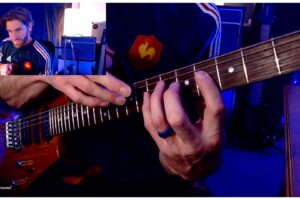 Now more than ever, more of life is being done[...] 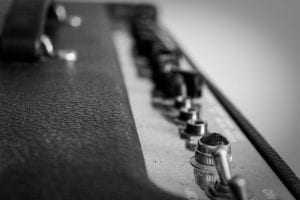 In my last blog I discussed some basics of guitar[...]