Jon is a graduated music major from the University of Colorado, and has recently returned from Ireland after completing a Masters in Music.  Jon has been teaching guitar for over ten years. He has studied a wide variety of music, including contemporary and modern classical guitar, jazz, rock, instrumental metal, each genre has a distinct influence on his own personal style.

Jon is currently one of our main video content producers, and has a podcast about guitar and practicing. He is also  working on several solo and collaborative recording projects. In addition to all this, he is an active composer having written pieces for modern ensembles, and short films.

He has studied and played with some of the best teachers in Colorado and Nashville, including session guitarist John Pell, Alan Joseph, and Dave Devine. His classical guitar teachers include local teacher Dale Miller, Jeff LaQuatra (UCD), and international touring and recording artist Colin McAllister (UCCS). Jon played in a variety of ensembles at UCCS including the honors Jazz and honors Electro-Acoustic ensembles. His  performances with numerous guest composers has led him to a deeper appreciation for vast array of genres and has equipped him for  working in the ever changing world of music.

Knowledge of recording programs, such as Logic and Pro Tools, and compositional tools such as Max/MSP allow Jon to bring music production to the forefront of his teaching and performing.

All of this he brings into his teaching practice to give the student the tools necessary for him or her to become the best guitarist they can be. Jon has been teaching music and guitar for over 15 years. His diverse approach has helped students of all ages get the most out of each and every music lesson in order to put them on a path to enjoy making music for a lifetime. 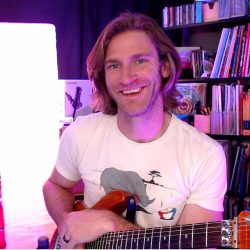 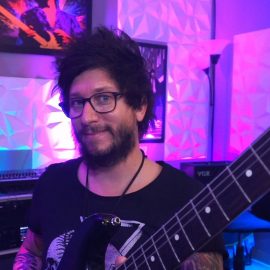 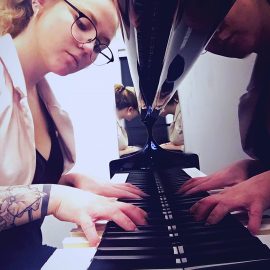 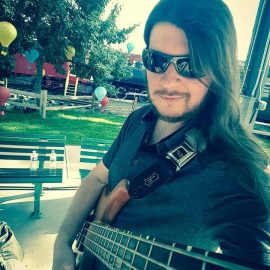