The Washington Post recently published an article on the slow death of the electric guitar. The author, Geoff Edgers claimed there are no new guitar heroes. Because of this,  kids are no longer inspired. Consequently sales are suffering and it will be the death of the instrument. This in the author’s mind spells the end of the electric guitar. He cites declining sales and an anecdotal story about a music store closing its doors as evidence that supports his dismal outlook.

To be fair it seems hard to find a stand out guitarist in today’s popular music that resembles Eric Clapton, Eddie Van Halen, or even Angus Young. But, does this mean that a lack of prominent guitar players in radio ready pop music mean that the guitar is dead? I don’t think it does. There are several problems is the idea of the death of the guitar. I am just going to hit on the biggest 3 Reasons why Geoff Edgers is wrong about this.

Lets start here. Edgers mentions the fact that Guitar Center (one of the biggest guitar retailers) has been struggling. He also includes the declining sales of Fender and Gibson.

The problem with just looking at the big number is Edgers fails to see that the younger generation is all about the craft and specialty products. This is the same generation that will go out of their way to find gourmet food, coffee, and beer. They care about relationships to the things they buy. Fender and Gibson represent a giant faceless conglomerate that hasn’t innovated in 50 years.

We are living in the golden age of luthiery. There are more and more small time luthiers who are making it big. A perfect example is Ola Strandberg and his innovative, and well crafted instruments. Buyers with the capital to buy instruments are more interested in something that is personal. They are more willing to spend high dollar amounts on something that isn’t a Fender or Gibson. This is why I bought a Suhr. For the same price as a Fender custom shop I got a Suhr with all of my personal specifications and hardware. The choice is obvious.

This is just a complete absurdity and further proof music has moved on. MTV does not play music, the radio is dead. The weekend warrior guitar players haven’t bothered to look for new players or inspiration. There are monster players out there that deserve another look and it is up to people who teach guitar to find out who they are. Just a small list: Yvette Young, Tosin Abasi, Andy McKee, who are vastly different players. It is up to the educators to help inspire people.

If a history teacher said, “kids just aren’t inspired by history like they used to be.” Our response would be “find a way to make it interesting.” If your students are apathetic it’s because you are apathetic about teaching. I am constantly learning about new music and players from my students. I share what I listen to and they come in with an underground or indie band I’ve never heard of and the cycle continues.

This last one is possibly the most ridiculous one. Again, we need to look at what we are doing as music teachers. If we can’t inspire kids to HAVE FUN then what are you doing in the business in the first place. Music is supposed to be passionate and serious, and, sure, takes a lot to master, but if you can’t have fun playing it then what are you doing? At Silversound Guitar we emphasize fun music, as well as mastery of the instrument and we have seen unprecedented growth this last year. If you as a teacher aren’t doing your best to integrate the fun and the techniques then you’ve missed the point.

The guitar isn’t dead or dying, the industry is transitioning from a record industry to a music industry. I will talk more on that next week. But, what is killing it is people assuming the instrument peaked in the 1970s. Great music came from the era but there is so much cool stuff happening right now if you take a moment to lift your head and look around. 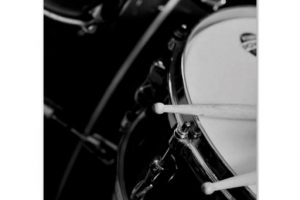 3 tips to Making the most from your Drum Lessons

…or guitar lessons, or bass lessons or anything else. These[...] 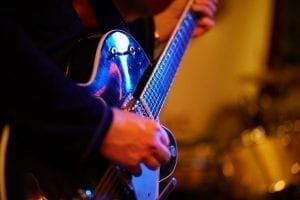 Music Lessons: Not Just for Kids

There has been a lot written on why music lessons[...]